Five experts that will decide on the winners. Introducing the panel of judges in the Documentary category

Four international panels of judges will be deciding on which radio works will be taking home the prizes from the Prix Bohemia Radio festival. The order of the works in the Documentary category will be in the hands of five experts.

Radio was his passion when he worked there, and it remained so as he become the listener. David Koubek worked for fifteen years in Czech Radio in foreign newsroom, and his reports for Zápisník zahraničních zpravodajů (Foreign Correspondents’ Notebook) were broadcast not only on Radiožurnál and Plus, but also on Dvojka and other stations. For three years (2014-2016) he tried to convey to radio listeners the sounds, colours, emotions, tastes, smells, joys and worries of the people of South America as a local correspondent there. He always tried to soak up the experience of his older colleagues in the newsroom and the radio industry, and to pass on his view of radio production to his younger colleagues in the newsroom the best way he could.

His motto is “The most beautiful sound is the human voice”. Radio is the most intimate medium of all. It allows you to communicate intimate experiences and important thoughts. Conversation is the most important form of human communication, which is why radio has such power and magic. Doing radio is hard work, because you have to know how to “grab the listener by the ear” and not put him off. And when you interview someone, you have to make them forget the microphone, which you can’t do with a camera. And you get the best results if you’re interested in what you’re reporting on.

The next spot in the panel went to a film and television documentary filmmaker Markéta Nešlehová. Graduate of Charles University Faculty of Social Sciences, focusing mainly on social and societal issues. She is the author of documentary films about Roma, a little history of World War II, children in danger and society during the COVID period. She has been working with the Civil Society Development Foundation for a long time and is the director of Help the Children charity programmes. She founded the non-profit organization Buď láska, z.s., (Be Love) through which she helps with humanitarian aid in Ukraine. 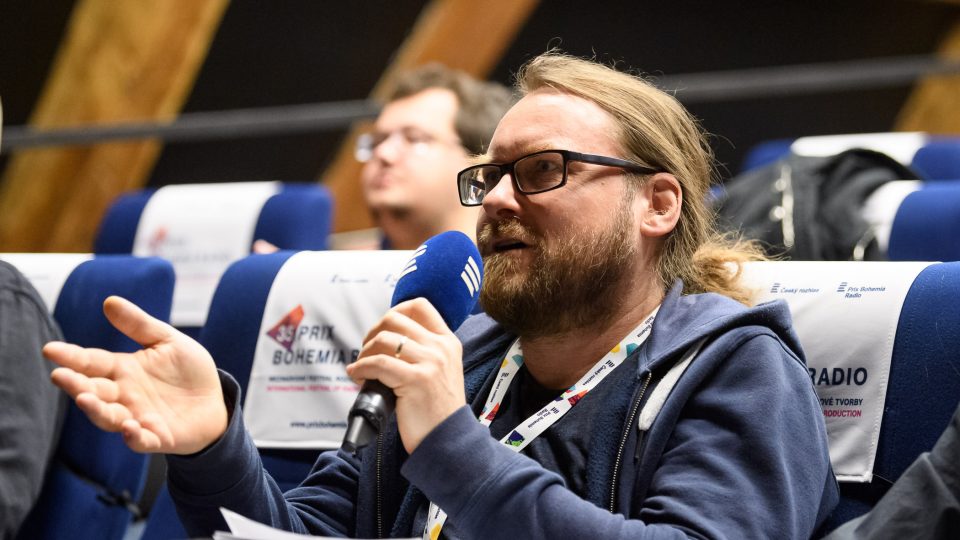 The festival’s podcast jury will feature experts in technologies, analytics, media and the arts

As an adoptive mum, she is also focused on the issues of deprived children, which brought her into the radio documentary environment. She debuted with the audio documentary Jak šla Viki do online světa (How Viki Went Online). For the Documentary Centre, she also created the five-part series Z(a)tracené děti (Lost/Damned Children). She is the author of the “Mirror” concept about women who change the world. A 45-part series for Czech Radio’s Dvojka station was produced under her guidance.

The winners of the 38th annual Prix Bohemia Radio festival will be decided by twenty one jury members. A jury of many professional personalities from the local and international radio environment will decide which works will advance to the main competition in each of the categories of documentaries, dramas, news reports and podcast.

Multiple award-winning journalist, international storytelling consultant and systems coach who specializes in complex storytelling, Sven Preger, was part of the team that produced an investigative podcast about the German right-wing party AfD called The Hunt. His recent work includes the German series Hitchhiker, the Deep Talk podcast for national German radio and the Quarks Storys narrative science podcast, of which he is the creative director. Sven loves great audio stories! He is the author of the Storytelling in Radio and Podcast textbook. He inspires and empowers others to tell better stories and find their own voice.

Ylva Lindgren, who will come to Olomouc from Sweden, has worked in the documentary department at Swedish Radio since 1997. Over the years, she has contributed to hundreds of documentary films as an editor and producer, many of which have won national and international awards. She studied at the Drama Institute in Stockholm and, before her career in radio, worked for many years as a puppeteer in puppet theatre.

Listening of the competition documents was moderated by Ivan Studený|foto:Ylva Lindgren

These four judges will be joined by Michal Cáb. He focuses his artistic work on sound design, programming synthesizers and creating sound installations. He studied theology and did postgraduate work at the Academy of Fine Arts in Prague in the Intermedia III studio run by Tomáš Vaňek.

In his artistic and teaching work, he explores, in particular, the use of programming languages and open source software as a basic means of expression for today’s artist. His tool domain is the Linux operating system and the Pure Data programming language, which he uses in both gallery and theatre contexts. He has performed a number of musical accompaniments for theatre performances and exhibition projects. Michal is also a member of the open livecoding group Kolektiv.